There are great benefits of using xylitol in Capsinol Nasal Spray. Xylitol offers several benefits. Xylitol helps keep the sinuses clean, reduces the risk of inflammation and allergic reactions, and moisturizes the nasal passages and sinuses.

It may seem like xylithole is new, but researchers discovered this ‘glyconutrient’ more than 100 years ago. Only the health benefits come from more recent research.

You probably know xylitol from chewing gum or oral care products. Use for nasal applications originated through the work of Finnish researcher Matti Uhari and his team, one of the world’s leading xylitol researchers. His research found that chewing gum sweetened with xylitol significantly reduced the problem of ear infections (chronic otitis). Where other researchers had focused on the chewing itself, he showed that this had to do with the reaction of xylitol on the bacteria. And since these bacteria mainly live in the nose, the study has continued in the field of nasal application.

The wonders of Xylitol, the anti-adhesion effect

The syndromes that the pneumococci can cause are, for example, ear infection, sinus inflammation and pneumonia. These disorders can occur in people with a reduced resistance, but usually there is no clear reason for this.

Xylitol is a natural substance found in various plants. Fruits such as strawberries and plums, for example, contain about 1% of their dry weight in Xylitol. People also make minute amounts of it themselves during the metabolism of carbohydrates.

The name Xylitol comes from the birch tree. The Finnish name Xylitol loosely translates to birch sugar. The raw material xylitol is now extracted from wood sugar, which comes from tissues of various plants, such as birch trees, straw, corn on the cob and coconut. In the past, xylitol was only made from birch, but this is a costly and less sustainable method. Xylitol is contained in the bark of the birch tree, and for that the bark must be ‘harvested’. In effect, this kills the tree, it must be cut down. The birch tree is not a good renewable resource (even though it can be grown again) as it takes about 15 years for a tree to be harvested. That is why corn (the residual product of the cobs) is now mainly used as a source of xylitol. Laboratory tests show that there is no difference between xylitol extracted from corn or birch tree, other than the environmental impact and price.

Bacteria enter through the nose

Bacteria are all around us. They live on the surfaces we touch and the air we breathe. Washing your hands is very important to prevent infections. If you do not wash your hands, but then touch your mouth, nose or eyes with your hands, bacteria can enter the body through mucous membranes. These germs can cause infection such as colds and flu. More than eighty percent of the infection-causing bacteria enter the body through the nose and thrive in the nasal passages.

A look in the nose

If you could look into your nose with a microscope, you will see that your airways are lined with mucous membranes. This mucus (medical name: mucus) protects the airways by ‘trapping’ bacteria and contaminants, you could see them trapped in the mucus, as it were. Cilia push the mucus to the back of the nose. For example, the mucus helps push bacteria and contaminants out of the nose. If that mucus is not properly disposed of, you can suffer from it. Think of excess nasal mucus (for example a runny nose), a lot of mucus formation in the nose and throat (postnasal drip) or sinus inflammation (sinusitis).

Xylitol moisturizes and acts like ‘soap for the nose’

With the help of a nasal spray with xylitol, you help your body to slow down and get rid of infection-causing bacteria, it is like a ‘soap for the nose’. In addition, it moisturizes the nasal cavity and sinuses. Normal saline-only nasal sprays can dry out the nasal passages, Xylitol softens and moisturizes the nose and upper airways.

All Capsinol Nasal Spray formulas (mild, original, extra strong) contain an effective amount of xylitol as an additional active ingredient. In addition, the formulas contain, among other things, a saline solution and of course capsaicin.

The use of Xylitol is recommended by dentists, physicians, periodontists, pediatricians and many health organizations around the world as a sweetener for anyone concerned with dental health, upper respiratory health and sugar consumption in general.

These are the benefits of the xylitol in Capsinol Nasal Spray. Would you like to know more about Xylitol? Below is an interesting reading tip.

‘Xylitol, an amazing discovery for health’ 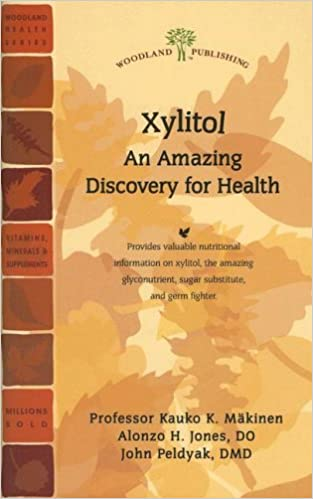