Color snot, what does this say about your body

It’s not the nicest topic to talk about, but it’s very important: your snot! The color of your snot says a lot about your body. A certain color can mean that you are dealing with a virus, infection or other complaints that you should have examined by a doctor. So it is not surprising to take a look at your handkerchief every now and then! 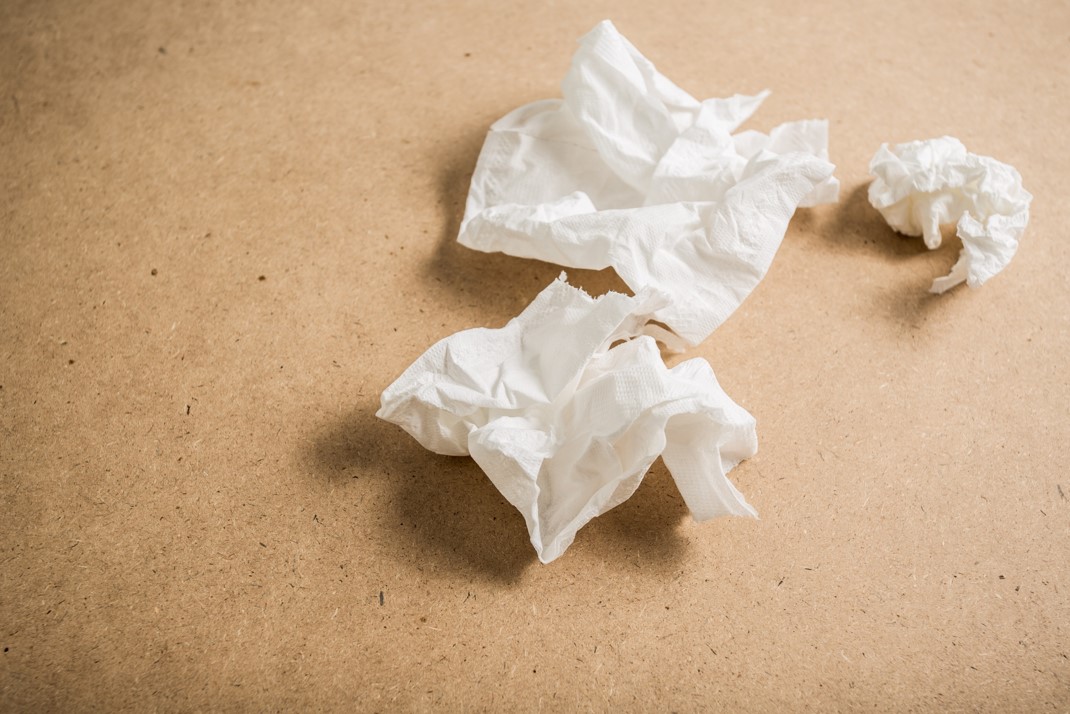 Snot (also called mucus) consists mostly of water. It also contains antibodies and enzymes to ward off invaders such as bacteria and viruses. Did you know that a person produces more than a liter of snot per day? Snot is actually nothing more than mucus, but we call it snot because it is mucus dripping from your nose.

The colors of your snot

A person can have different colors of snot: clear, white, yellow, green and red. Below is explained what the colors can mean.

If your snot is bright in color, you are probably a healthy person and that’s good news! Snot and mucus are produced by the body to keep the throat and nose moist. If not, you dry out and that is painful! But why is clear snot so good? Well, if it is clear in color, it means there is not much or no bacteria in it. Do you have clear snot, but it keeps running out of your nose? Then you are probably dealing with a mild cold.

White snot or mucus often feels sticky and thick. The color is white because more snot is produced by your body. That could indicate the first signs of a cold. So you can use some extra vitamins with white snot! It can also mean that you eat or drink too many dairy products. It is then easy to solve by simply eating less dairy.

If you are dealing with snot that is yellow in color, it often indicates a minor infection or bacteria in the sinuses of the nose. This often results in a cold. The yellowish color means that your body is fighting that infection. White blood cells are working hard to get the bacteria out. The crazy thing is that when white blood cells leave the body, they are not white, but are yellow or green!

Green mucus in your nose is a sign of an infection from a moderate bacteria or fungus. This color is caused by a type of white blood cell called leukocytes. Just like with yellow snot, they are working hard to ward off the body against the bacteria. Often the green color of the snot is light green the first days and will slowly change to a darker color. Does the green color last longer than two weeks? Then it is wise to make an appointment with your doctor.

Is your snot red in color? Then there is a good chance that there is blood in your mucus. The color does not have to be bright red, but can also be light pink or dark brown in color. If your snot is only slightly red in color, then there shouldn’t be a problem just yet. For example, it may be that a small inflammation has developed in the sinuses. A chapped spot in your nose can also be a cause.
It is a problem if the red color persists for more than a week, you suffer from a fever or if you have to cough up blood or red mucus. Then it is wise to make an appointment with the doctor as soon as possible.

What color are you?

As you can see above, snot is not as common as it seems. Have you ever had to deal with a different color of mucus or snot? And do you now know what caused that? Then leave your experiences in the comments!